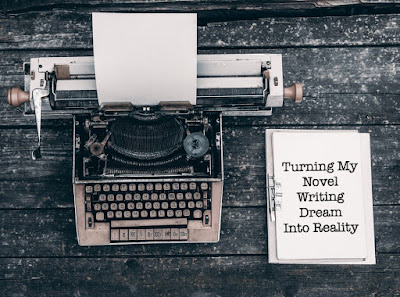 Writing has always been my passion. It is the one thing I have known without a doubt that I am meant to do with my life. For me, there’s something freeing about writing. It gives me an escape and a much-needed break from reality. It allows me to have full control over the story that I am orchestrating. I am the creator—the inventor of my world. It is a fulfillment unlike no other.

I have been drawn to writing since I was a child—creating stories before I could even spell. I have always had a love for words, books, and creative expression. My most prized possession growing up was my vintage typewriter. I loved the sound the keys made as they stamped the paper, spelling out the words inside my head. I can still remember my first short story about a young private eye who craved mischief and adventure. I lived inside Carmen’s world and found excitement in telling her story.

As I got older, my writing style changed. I became more interested in a journalistic approach to storytelling. I was determined to keep writing even when there was no platform for my expression. I had initiative and ambition that allowed me to create publications for the schools I attended. In middle school, I started a newsletter that included features, poems, interviews, and news articles. I remember the joy I got from laying out the pages and feeling proud that I had created something people were reading. In high school, I continued to break barriers by starting the school’s first newspaper. I found validation in my passion and knew without a doubt writing would be my chosen career path.

My love for writing and creation is what paid my way through college. I received scholarships for the four years I worked as yearbook editor. Those years are what allowed me to branch out more creatively. As the editor, I was in charge of the overall development of a large-scale publication. I quickly grew to love photography, graphic design, pay layout, managing a staff, and meeting strict deadlines. I enjoyed the challenge and energy that came along with being an editor.

My first “real” job after college was as a newspaper reporter for a daily publication. I thrived in the fast pace environment. I liked being able to write engaging pieces that people were actually reading and enjoying. I soon found that I was drawn to feature writing much more than hard news stories. However, the skills I learned that year were invaluable and are still implemented to this day. My remaining professional years were spent working in public relations at a community college. I wrote press releases and promotional pieces, designed publications, and assisted students working on the yearbook. It was my dream job at the time because it allowed me to do everything I enjoyed.

Without any warning, life can send you curveballs that completely derail you from the path you were destined to lead. It happened to me just as I was starting to take off in my career. I was living the life I always imagined, but life had other plans. Having a child born with multiple disabilities took precedence over any personal ambitions or dreams I had. I chose to sacrifice everything for my daughter, and I will never regret that decision. Giving her my full attention and ensuring she has access to every available therapy, school and resource is my new job—one that I will continue to have for the rest of my life.

During those early years, I took to journaling as a way to release my innermost thoughts. It was therapeutic and enlightening for me. That is where I spoke the words I could never say aloud. It was my saving grace. Blogging has also become a creative outlet for me over the past few years. It allows me to tell our story and raise awareness, while also giving me the opportunity to feel some sense of purpose and meaning.

I have been giving a lot of thought to what I want to do next with my writing. While blogging has been my primary creative outlet, lately I feel as though I am being pulled in a different direction. I have reached a turning point in my writing pursuit to where I am finally ready to embark on my long-awaited dream of publishing a novel. I want to hold my book in my hands and feel the joy that comes from knowing I gave life to what was once thoughts inside my mind. I want to have something greater than myself that I can share with the world for years to come. I want my children to be proud of me and see me living my dreams.

I plan to participate in this year’s NaNoWriMo (National Novel Writing Month). NaNoWriMo is the catalyst many aspiring and seasoned writers use to jumpstart their creative process. During the entire month of November, writers from all over the world collectively attempt to write 50,000 words toward any project of their choosing. It is a great opportunity for writers who want to be challenged and quickly write the first draft of their manuscripts. It is also a great way for writers to become a part of a community that is engaging and supportive. 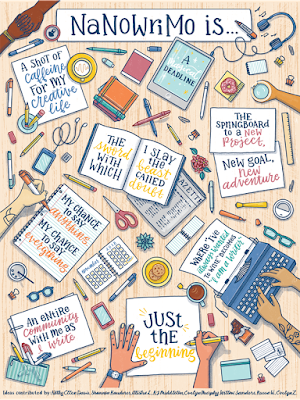 I knew about NaNoWriMo from friends who have participated, but it wasn’t until I had an idea for a book that I made the decision to become a participant. The thought of committing to writing 1,667 words every day for 30 days is both frightening and exhilarating. I want to push myself to new limits and step outside my comfort zone. I have never written that much in such a short amount of time. I usually critique my writing every sentence and paragraph as they are written. NaNoWriMo will force me to stop overthinking my creative process and simply put pen to paper; getting my story written—no matter the outcome.

Some writers use October to plan out their novels (plansters), while others choose to fly by the seat of their pants and wing it (pantsers). My background makes me a planner by nature. I plan to have an outline before embarking on NaNoWriMo next month. I believe having a clear picture in my head of how I want my story to unfold will help me write more effectively and make the editing process smoother. How much of the story I will have planned out is yet to be determined.

The idea for my novel came from a conversation my husband and I had about what would happen to our disabled daughter when we both pass away. This is a conversation all special needs parents dread but is inevitable. I know I am taking a risk with this topic because of its nature. Death and its ramifications—especially in the special needs community—is not a topic that is widely discussed. However, I want to write about something that not only means a great deal to me but has a significant impact on society as a whole. I have always been the voice for my daughter who cannot speak for herself. It is through those experiences and lessons that I feel the need to be the voice of a greater population and tell their stories in a way that is rarely told. 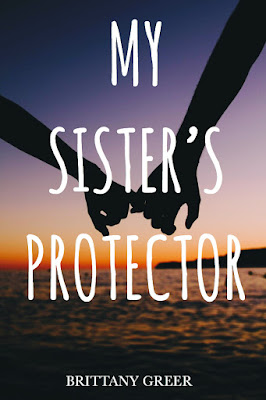 Book Synopsis for My Sister’s Protector:

Life was finally starting to make sense for Eason Davenport. He had spent his youth living in the shadow of his disabled twin sister, Savannah. Going away to college allowed him to finally step into his own identity and be known as more than just Savannah's brother.

He loved his sister unconditionally and had sworn to protect her and care for her no matter what, but he never understood the full extent of those promises until faced with them head-on.

As Fall began, Eason's world was turned upside down. With the death of his parents, Eason had to decide Savannah's fate. What followed was a series of events that would forever change their lives.

Was he ready to become Savannah’s guardian and caregiver? Was he mature enough to handle that sort of responsibility; and what would that mean for his future plans? Was it fair to expect him to take on that role? These were all questions Eason had to face alone—or so he thought.

My Sister's Protector gives a refreshing inside look into the world of a special needs family—a dynamic that is rarely represented in literature. It shines a light on topics facing real-life families in similar situations and gives a voice to the underserved. This coming-of-age story centers on a brother facing an unimaginable situation. How he chooses to proceed will affect not only his life but the life of the one he loves the most. Come along for the journey; and be ready to experience a plethora of emotions that will leave you longing for more. 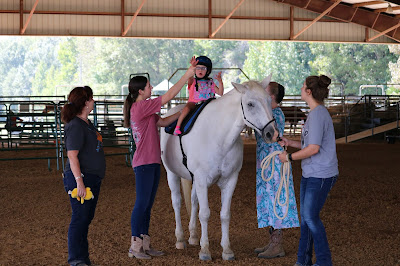 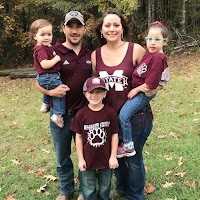